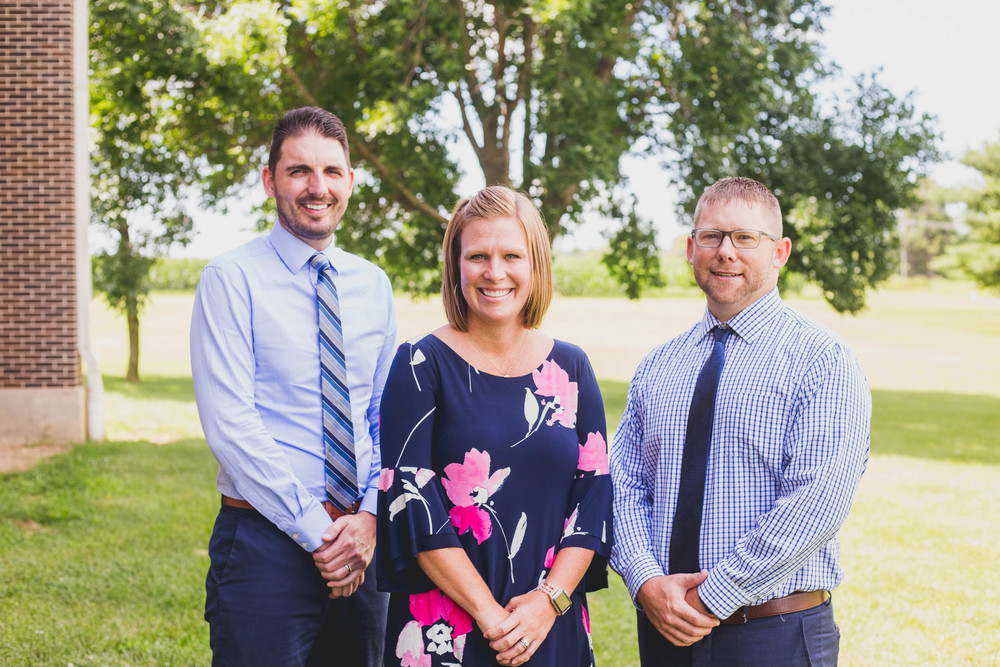 The start of the new fiscal year at Triopia began July 1 and with the new school year brings changes and a new face to the Triopia Administrative team.

Adam Dean is the new Superintendent at Triopia CUSD 27.  Mr. Dean served as the Jr. Sr. High School Principal at Triopia from 2013 to 2019.  Prior to coming to Triopia, he taught high school social studies and language arts (and also coached football and baseball) at North Greene High School from 2004 to 2012.  He also served as the Dean of Students there from 2012 to 2013.

Mr. Dean is a graduate of Illinois College in Jacksonville.  He received his Bachelor of Arts in History from IC in 2004. He then attended the University of Illinois-Springfield and earned his Master of Arts in Educational Leadership in 2012. Finally, he received his Certificate of Advanced Study in Educational Leadership (Superintendent Endorsement) from UIS in 2016.

Mr. Dean is very excited to continue be part of Triopia schools and hopes to help carry on the great traditions of academic and extracurricular excellence.  Mr. Dean has been married to his wife, Meredith, for ten years. Together they have three kids: Lydia (6), Deacon (4), and Foster (1). He also has a seven year old goldendoodle named Gronk.  Other than work and time with family, Mr. Dean enjoys athletics and traveling.

Josh Sorrells is the new Jr. Sr. High School Principal.  Mr. Sorrells has been in education for 10 years. He first started teaching physical education at Beardstown in 2007, then took two years off from education to follow his wife while she obtained her Doctorate of Physical Therapy in Bolivar, Missouri.  In 2011, Mr. Sorrells graduated with his administrative degree and they relocated back to Beardstown where he has worked for the past 8 years as the Assistant Principal and Athletic Director. Mr. Sorrells also helped coach basketball, baseball, and football while at Beardstown.

Mr. Sorrells grew up in Chandlerville and moved to Petersburg prior to his freshman year of high school.  He graduated from Illinois College in 2007 with his bachelor's degree. Mr. Sorrells currently lives in Beardstown.  He and his wife Larissa were married in 2009 and have two sons: Tucker (8) and Barker (6). He stays busy following the boys’ interests as they are very interested in sports.  Outside of work, Mr. Sorrells is a big St. Louis Cardinals fan and enjoys woodworking, watching sports, and spending time with his family.

Jamie Hobrock has served as the Grade School Principal and District Technology Coordinator since 2011 and will continue in those roles.  Prior to Triopia, Mrs. Hobrock taught for two years at Mt. Zion High School (and coached girls basketball) and one year at Illini Central in Mason City.  She came back to Triopia in 2007 and taught Accounting and Computers (and also coached JH girls basketball) before taking over as the Grade School Principal.

Mrs. Hobrock received her bachelor’s from Eastern Illinois University in Charleston in 2004.  She received her Master of Arts in Teacher Leadership from the University of Illinois at Springfield in 2007.  Finally, in the summer of 2011 she received her Administrative Endorsement from UIS.

Mrs. Hobrock lives in rural Beardstown.  She and her husband, Brad, have been married for 10 years.  They have two daughters, Harper (4) and Palmer (2) and a five year old, Chesapeake retriever, Morgan.

Being a graduate of Triopia (class of 2000), Mrs. Hobrock has always bled blue and was honored for the opportunity to come back in 2007.  She strives to continue the long traditions and pride of the Triopia community. Outside of school, Mrs. Hobrock enjoys shopping, traveling, and spending time with her family and friends.